The IPRF is excited to announce the inaugural Precision Rifle World Championships to be held in Europe from 14 to 17 July 2022. This event will see the world’s leading precision rifle athletes from more than 12 countries competing against each other in what will ultimately become the pinnacle of precision rifle competition worldwide.

News of the World Championships has been greeted with excitement. “The world champs will be about sharing experiences and gathering people around one of the most popular shooting sports in decades,” says Martin Šlaichrt (Precision Rifle Czech Republic).

Josh Botha (Precision Rifle Canada) agrees. “The thing that excites me most about the world championships in 2022 will be having all the best shooters from around the world compete to see who is truly the best in their discipline! Never before have we been able to really benchmark shooters internationally and have them showdown head-to-head like this, so it’ll be really exciting to see how things shake out.”

“This competition will help to improve the quality of precision rifle shooting in Italy,” says Pier Bussetti head of Precision Rifle Italy. “It will allow us to share ideas, techniques, equipment and challenges among different people and countries.”

“In Namibia we are extremely competitive especially in the shooting sports,” says Schalk Van Wyk (Precision Rifle Namibia). “We have already produced a bow shooting champ as well as the reigning Veldskiet World Champ and thus we’re looking to maybe producing a Precision Rifle Champ in future.”

In the UK we are looking forward to the coming together of the world’s top shooters, says Josh Martin (Precision Rifle GB). “You may think you’re in the top tier of shooters within your country, but you could quite easily be outshot by many of the world’s best. So the World Champs will give everyone a realisation of their skills as a precision shooter. The best thing is the excitement that this will bring. It’s the first time in the history of precision rifle shooting that its been possible.”

The Championship format will incorporate a team and an individual event with four different divisions – Open, Limited, Factory and Classic. The Open Division is further split into five sub-categories – Men’s Open, Ladies’ Open, Junior Open (18yo and under), Senior Open (55yo and over) and MilLEO Open (Individuals on Active Military or Law Enforcement duty). This brings up to 32 athletes from each country to compete for team and individual championships.

Currently the IPRF is constituted by 12 nations (Australia, Canada, Czech, Great Britain, Ireland, Italy, Namibia, Norway, South African, Spain, Sweden, United States), who have all committed to establishing a national democratically constituted sports association within each of their countries to continue to develop the sport of precision rifle. Many more countries are expected to join in the months leading up to the Precision Rifle World Championships.

“You only have to look at IPSC (International Practical Shooting Confederation) and its growth from a fledgling organisation in the late 70’s to the dominant international organisation it is today with more than 100 regions. It’s exciting to be at the start of a world precision rifle federation that we hope will follow the same path.” says Grant Anderson Vice-Chairman of PRS South Africa. “

The International Precision Rifle (IPRF) was founded in late 2019 and aims to unify the sport of precision rifle worldwide and set international standards for competition enabling a level playing field at Regional and World Championship levels. Scott Satterlee is the organisation’s first president and was elected to this position at the organisation’s first meeting in Ireland. Scott needs little introduction and is well known among precision shooters and is a leading competitor in both NRL and PRS competition in the US. Scott is backed up by vice-president Rob Ramsden (RSA), secretary Tiff Dew (GBR), treasurer Michael Ward (IRE) and 2 representatives from each of the affiliated national precision rifle associations.

“I’m not sure the world champs will change the US a ton,” says Satterlee “but I hope it will expand into other divisions and increase shooter awareness here about what is going on internationally. In addition, I hope it will open up the idea of precision rifle to other countries and break down old paradigms that currently exist.”

Tiff Dew (Precision Rifle GB) agrees. “The relatively standardised framework will assist up-and-coming nations to rapidly grow the sport. In addition those countries already well versed in the sport, will benefit from the influence of other nations that will  inspire and enhance the diversity of shooting opportunities presented.

Precision Rifle Spain has applied to be the first host nation of the event and is currently applying for permission through the appropriate sporting authorities in that country.

Each nation may enter a four-person team in each division / athlete category, namely;

The combined top three scores of the athletes in each team will count towards the nation’s team score.

Each individual’s scores additionally count towards the individual competition within their respective divisions/categories.

Open Division – Rifles with a maximum calibre of .30 and muzzle velocity not exceeding 3200 fps.

Limited Division – Only .308 and .223 calibres are allowed with a maximum muzzle energy of 500kgr/fps and a maximum 178gn bullet weight.

Factory Division – Maximum calibre of .30 with a muzzle velocity not exceeding 3200 fps. The rifle must be manufactured by a single mainstream manufacturer with a minimum trigger pull of 1.5lbs. No permanent attachments are allowed on the rifle.

Classic Division – Maximum calibre of .30 with a muzzle velocity not exceeding 3200 fps. A maximum of five rounds is allowed in the rifle with only one magazine allowed. Maximum dry weight is 16lbs with a minimum muzzle energy of 380kgr/fps.

Precision Rifle shooting has enjoyed rapid growth over the last fifteen years or so. The sport involves mid- to long-range, steel, target shooting from a variety of natural and improvised shooting positions against severe time constraints. It is fast-paced which challenges athletes to have dexterity with their rifles and an excellent ability to read prevailing wind. In addition athletes need to have an exceptional understanding of ballistics and how their rifle platforms perform in a variety of conditions.

“The world Champs will be a great social meeting among shooters and passionate people and will also improve skills by sharing share know how and, of course, it’ll be fun.”

“The World Champs will allow shooters to enjoy the honour of representing their country as part of a team, which is an accomplishment to be incredibly proud of no matter where in the world you shoot.”

“Competitions such as this will hopefully mean we can get more precision rifle shooting stuff here in Europe because there are a lot of manufacturers who omit Europe because of the paperwork or idea that Europe is not worth it.”

“A world championship will give more legitimacy to the sport of precision rifle in Canada and, I believe, that it’ll draw more shooters into wanting to compete at a local level. In addition, it may also spark more innovation within Canadian manufacturers to support and build more rifles, accessories and components for the growing community!”

“Manufacturers will benefit by seeing how their equipment holds up in various conditions and also under the strenuous use of such a competition. They’ll also be able to get feedback from shooters on what can be improved or changed to better suit our discipline.”

“Until the Guardian held in Ireland in 2019, there hadn’t really been a truly large scale civilian international precision rifle match. This match really highlighted the common passion everyone has for the sport, regardless of their nationality. The team aspect will add comradery within nations and also healthy levels of competition between countries. Ultimately such competitive actions can only bring countries closer together and develop stronger relationships across nations.” 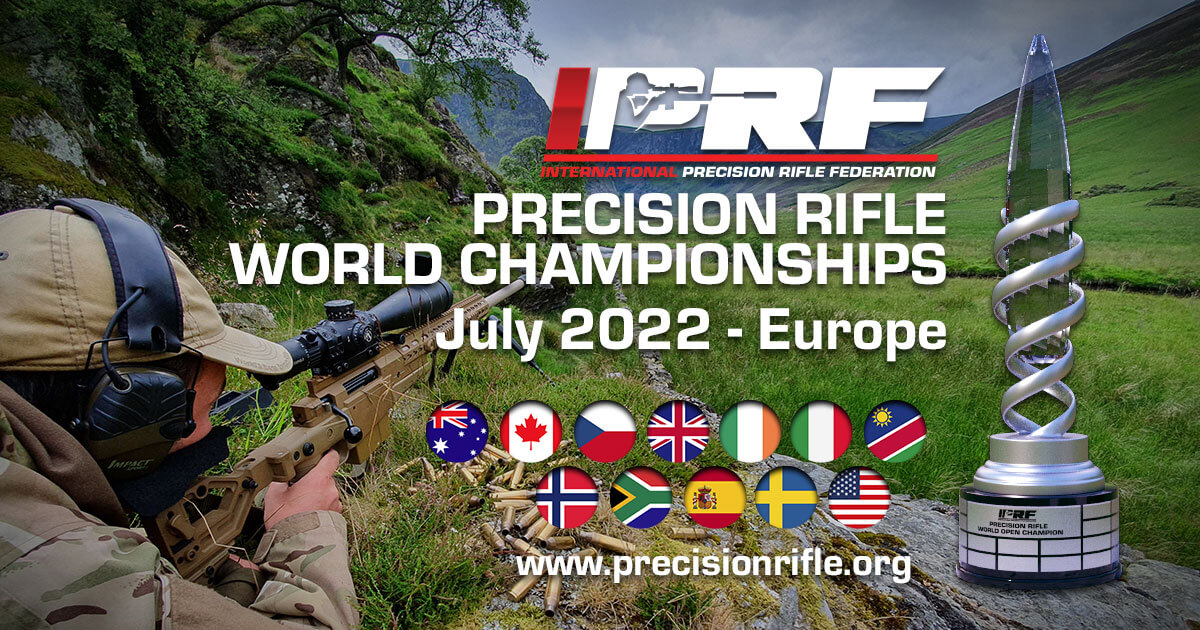 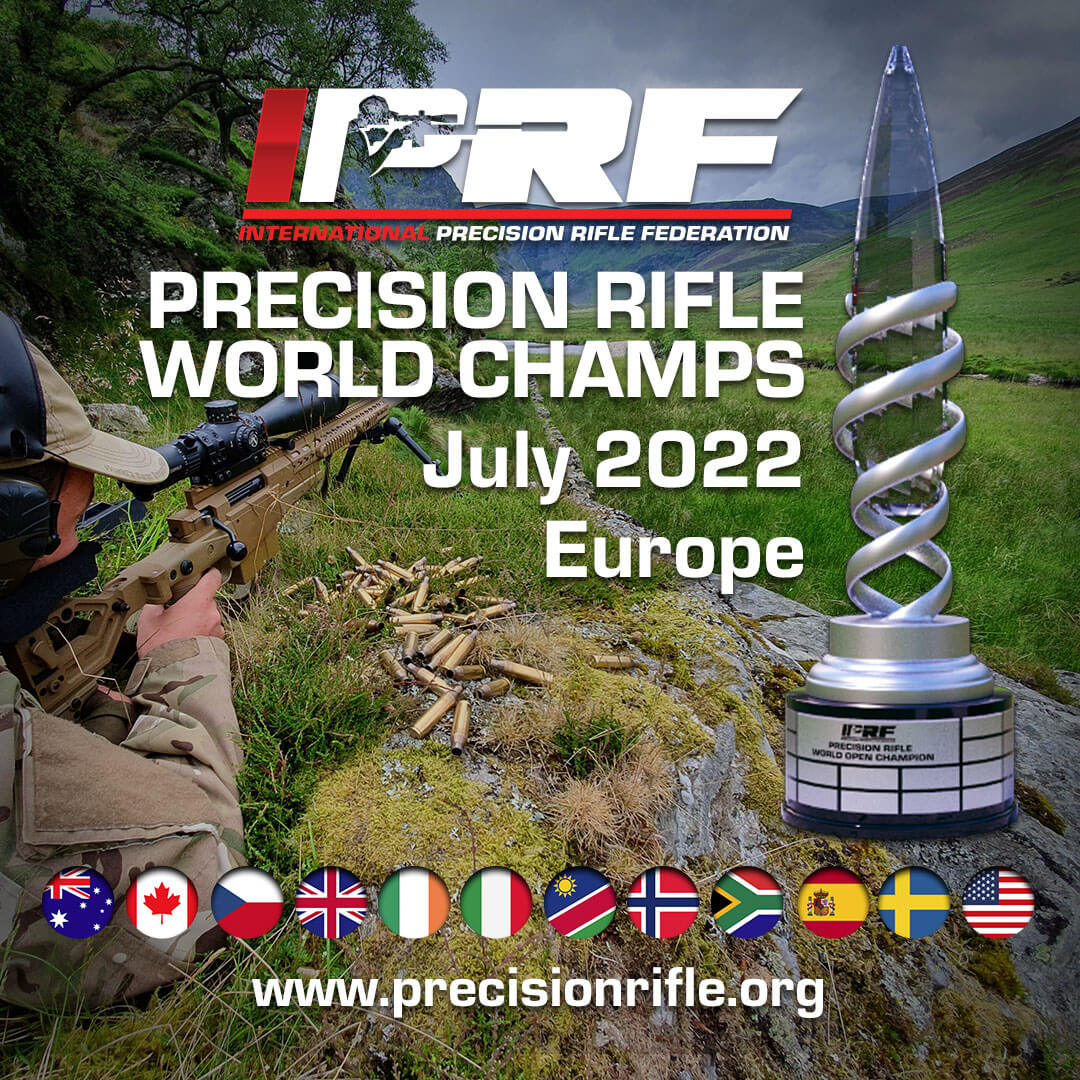 Please see the below Logo usage Guidelines for using the IPRF logo in Digital or Print media.

Desktop wallpapers for your computer background. You can be at work, and yet still on the range !

This is a license agreement between you and IPRF (International Precision Rifle Federation) that explains how you can use photos, illustrations and vectors that you download from precisionrifle.org.

The rights granted to you by IPRF are:

For purposes of this agreement, “use” means to copy, reproduce, modify, edit, synchronize, perform, display, broadcast, publish, or otherwise make use of.

Please make sure you read the Restricted Uses section below for exceptions.

If you need broader rights then are granted in this license agreement, please contact IPRF.

All of the licensed content is owned by either IPRF or the National Precision Rifle Associations/Federation who supply the content. All rights not expressly granted in this agreement are reserved by IPRF and the content suppliers.

You do not need to include a photo credit for commercial use, but if you are using content for editorial purposes, you must include the following credit adjacent to the content or in audio/visual production credits: “International Precision Rifle Federation/Artist’s Member Name.”

Do I need to include an audio and/or video credit? Yes, if technically feasible.

The content is provided “as is” without representation, warranty or condition of any kind, either express or implied, including, but not limited to, implied representations, warranties or conditions of merchantability, or fitness for a particular purpose. You understand that IPRF has not made any representation or warranty that your use of the content will not infringe or violate the trademark rights of any third party. IPRF does not grant any right or make any warranty with regard to the use of names, people, trademarks, trade dress, logos, registered, unregistered or copyrighted audio, designs, works of art or architecture depicted or contained in the content. It is your sole responsibility to make sure that you have all the necessary rights, consents and licenses for the use of the content.